A highlight of Richard’s career was the concert with Evan Parker at the Wellington International Jazz Festival in 1999. “It brought me right back into the world of improvisation, launching a whole new aspect to my career — of ongoing collaborative opportunities to engage with the world.” 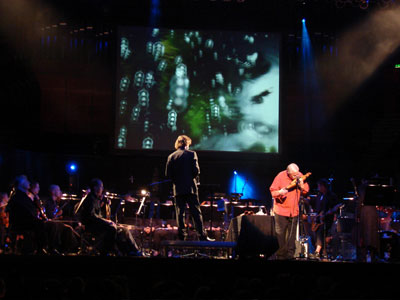 A celebration of whales, this work was composed for Richard and the New Zealand String Quartet by Gillian Whitehead while she was composer-in-residence at the Lilburn House in Wellington. It premiered in 2007.

The strings provided quiet patterns and static harmonies over which Nunns’s largely improvised music entered, tapping out rhythms and then playing high-pitched songs that were answered by the first violin. There were playful moments and flowing melodies, but most often the music told of the minor-key loneliness of whales and albatrosses. It is a sad, hauntingly beautiful piece, played with dignity and love by both the quartet and Nunns.  Rod Biss, The New Zealand Listener, 2007

The taonga pūoro used in this piece include the percussive tumutumu, karanga manu (pounamu bird-caller), two nguru and two albatross putorino (played as both trumpet and flute).

Puhake ki te Rangi has been recorded and toured to Germany, Czechoslovakia, Poland and Scotland in 2008.

Tuhonohono has been recorded on CD. 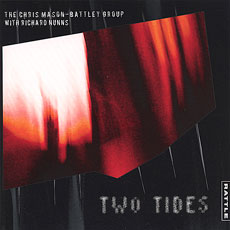 Two Tides, with the Auckland saxophonist Chris Mason-Battley and his group

It was invigorating to hear such an innovative performance. The audience, inspired to listen from a new perspective, was witness to that marvelous musical alchemy in which the result was much more than a simple sum of the parts. Stephen Gibbs SOUNZ

Two Tides has been recorded on CD.

More recently Richard has been working in the electronica field with Paddy Free of Pitch Black, and has performed with the Australian Art Orchestra. A CD Karekare: Te Reo o te Whenua by Paddy Free & Richard Nunns was released in July 2008.

Richard is one of 4 tradtional Māori instrument players and 2 singers blending tradtional and contemporary Māori material with the sounds of an ancient sound world. 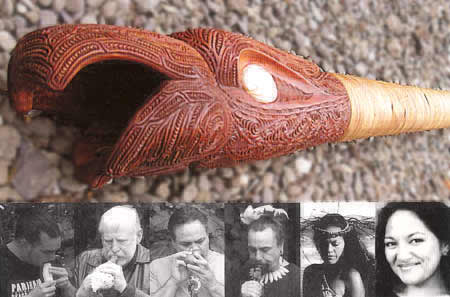 Whaea, Ariana with Richard Nunns and band Dunedin Public Art Gallery, 2002 We were greeted by the gentle but full textured voice of this humble girl from Rapaki as she performed her waiata ‘Whaea’. Beside her was Richard Nunns, one of the countries foremost experts in taonga pūoro or traditional Māori instruments. It was a joy to hear traditional and contemporary instruments coupled with what one of my cousins would call a ‘stunning’ voice.

The sense of light and airy was not only echoed in the venue and the koauau but also in the wairua of what I can only call Māori folk and contemporary Māori reggae. Te Pānui Rūnaka Moana and The Moa Hunters

When I play with Moana and The Moa Hunters she plays to audiences of between 10–14,000 people at times. So the instruments are out there in front of a lot of young disaffected Māori who have got their hats on backwards going ‘Yeoow man!’ and the whole black American cultural attitude. Whereas they have this extraordinarily rich culture here, and groups like Moana and The Moa Hunters are finding ways of taking that and placing it in a contemporary context that is entirely legitimate. Richard Nunns